Kidnapped and the Psalm (35) of James of the Glens 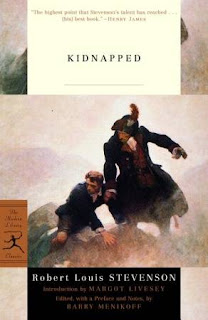 Robert Louis Stevenson, amongst other things, was a brilliant purveyor of the Scottish aesthetic. No suprises he weaves a fact(ional) story into one of his best loved stories kidnapped. The novel deals with the ordeal of protagonist, David Balfour, who is accused of being an accomplice (in the post Jacobite uprising) Appin Murder, a real life murder. The characters in the novel of Alan Breck Stewart, Colin Roy Campbell, James Stewart, Cluny Macpherson and Robin Oig Macgregor are all real.

On 14 May 1752 Colin Roy Campbell of Glenure, known as "The Red Fox," the Government-appointed Factor to the forfeited estates of the Stewart Clan in North Argyll, Scotland, was shot in the back by a sniper in the wood of Lettermore. The search for the killer targeted the local Clan, the Jacobite Stewarts of Appin, who had recently suffered evictions on Campbell's orders. The chief suspect, Allan Stewart (or Alan Breck Stewart) having fled, James Stewart (also known as Seumas a' Ghlinne (James of the Glen) and brother of Ardsheil'), one of the last leaders of Stewarts, was arrested for the crime and tried for the murder. Although, it was clear at the trial that James was not directly involved in the assassination, he was found guilty "in airts and pairts" (as an accessory; an aider and abetter) by a jury consisting of a people from the locality where the crime occurred, including a number of jurors related to Clan Campbell. The presiding judge was Archibald Campbell, 3rd Duke of Argyll, Chief of Clan Campbell. James was hanged on 8 November 1752 on a specially commissioned gibbet above the narrows at Ballachulish, now near the south entrance to the Ballachulish Bridge. He died protesting his innocence and recited the 35th Psalm before mounting the scaffold. To this day in the Highlands, it remains known as "The Psalm of James of the Glens."

Pslam 35, Contend, O LORD, with those who contend with me; fight against those who fight against me. Take up shield and buckler; arise and come to my aid. Brandish spear and javelin against those who pursue me. Say to my soul, "I am your salvation." May those who seek my life be disgraced and put to shame; may those who plot my ruin be turned back in dismay…Ruthless witnesses come forward; they question me on things I know nothing about. They repay me evil for good and leave my soul forlorn… Rescue my life from their ravages, my precious life from these lions…They do not speak peaceably, but devise false accusations against those who live quietly in the land.

As part of the events to celebrate Edinburgh being named the first UNESCO City of Literature, three versions (tradition, children's version and graphic novel) of Stevenson's novel were made freely available, including being left on buses and in other public places, throughout February 2007. I highly recommend visiting the RL Stevenson museum in Edinburgh, it is located just off the Royal Mile, or if approaching from the 'new town' it is behind the National Gallery on Princess st.

A little whilst back I was doing some research into the Oxford Universities literatti and the strange links that
held this bastion of creative fellowship together. On fellowship, the example of 'The Inklings' comes to mind; Tolkein, Lewis and chums clashing tankards and tapping the dottle from their pipes in the Eagle and Child whilst whiling away the day with discourse on orcs and talking lions. But one of the strangest ties comes with JM Barrie (of Peter Pan fame) and his cricket team, the mighty Allahakbarries. About two weeks after reading a little bit about a sports team made up of the creators of Sherlock Holmes, Winnie the Pooh, Jeeves and Peter Pan I stumbled across a copy of Kevin Tefler's book Peter Pan's First XI (The Extraordinary Story of JM Barrie's Cricket Team). A chance occurance if ever there was. 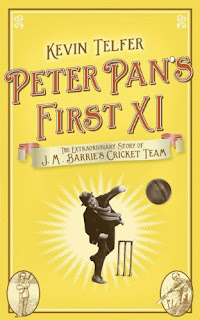 From the book : The creator of Peter Pan, JM Barrie, was a hugely enthusiatic cricketer of very little talent. That didn't stop him from leading perhaps the most extraordinary and comical amateur cricket team ever to take the field. Some of the twentieth centuries most famous writers including arthur Conan Doyle, AA Milne, PG Wodehouse and Jerome K Jerome turned out for Barrie's team, the Allahakbarries. I have not yet read the book, but by all account, albeit far from a paragon tome of historical significance it provides a colouful glimpse of golden Edwardian summers and humerous annecdotes of a keen, cricket loving Scotsman.
http://www.guardian.co.uk/books/2010/jun/05/peter-pans-first-xi-review 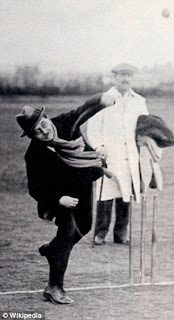 Posted by PAPERBAX at 1:39 AM No comments: