Cormac McCarthy once told the New York Times that he could not relate to authors who did not deal with issues of life and death, citing Henry James and Marcel Proust as examples. This comes from a man who seems to spend a lot of his spare time wandering around deserts observing the lifelessness of the sparse south west and would, presumably, be more comfortable watching rattlesnakes then attending a gala event with champagne and cucumber sandwiches. 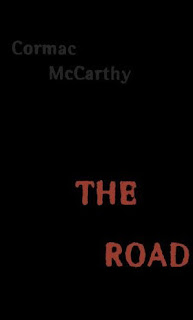 McCarthy's style is extremely straightforward, painting a brutal often nihilistic portrait, usually of men, travelling along the dark self reflective mortal coil that is life. I am hesitant to use the word bleak, as there are many uplifting moments in his work that seem to hint at relishing the goodness of life, while the chance is available. I found the prose in The Road wonderfully fitting to the stories grim apocalyptic mood. The story is of epic proportions it is incredibly thought provoking, prompting questions on humanity, environment, the failures of men and life itself. A philosophical maelstrom without feeling a need to involve psychological analysis and unbelievable twists, and refreshingly better for this. The concept is further explored in the clever dialogue between 'black' and 'white' in The Sunset Limited a Camus styled nattering of suicide vs redemption taking place in a small run down apartment between a reformed 'black' man and a suicidal 'white' man who has attempted to escape life via a train eponymic to the books title. 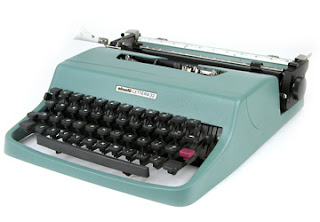 In 2009, after a five decade relationship, McCarthy decided to part with his Olivetti Lettera 32 auctioning  it off for funding to go to the Santa Fe Institute. The machine purchased in a pawn shop in 1963 had hammered out an estimated five million words for the author.
Posted by PAPERBAX at 2:55 AM